Australia's Most Popular Chinese Language Course
Learn Anytime, Anywhere with with Our Downloadable Modulesemail me at: support @ learnmandarin.com.au
A Letter from China
Post by Eva

Many of our students venture to China sooner or later and we thought it would be interesting to ask them to share their experience with others. Below is a short report from our student Alastair: 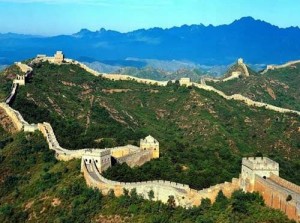 “I had an interesting and enjoyable trip to China. The nine months learnings that I have had with your Mandarin tuition course was extremely helpful to me at times when I was communicating with local people who could not speak English.  I am not yet fluent in Mandarin, but at least I could say certain phrases to often make myself understood.

I am still not yet at the stage where I can follow when people are speaking in Mandarin, but I know that will come eventually with persistence. I had to travel to China at this time for personal reasons, but if I ever return to that continent, I know that my visit would be greatly enhanced if I was fluent in Mandarin. Then I would be able to understand what was being said on television and also converse fully with local Chinese people.

I spent two days in Shanghai (I would like to spend much longer in that city) and then eight days in Fushun (near Shenyang). The Four Star hotels were excellent, high quality and friendly service. The highlight of my trip in Fushun was visiting the War Criminal Museum. That was brilliantly presented with descriptions in both Mandarin and English. It is where around 500 Japanese war criminals were imprisoned just after the Second World War.

These war criminals committed some horrendous atrocities on the local Chinese people during the occupation. However, it was fascinating to see that the Chinese government looked after them very well following the end of the Second World War and provided them with good health care, banquets, sports days etc. The focus was on the prisoner’s rehabilitation and it was compulsory for the prisoners to attend rehabilitation seminars etc and to visit sites of atrocities where the prisoners often apologised en mass for their crimes. Most of them were repatriated to Japan within five to nine years.

There were some very interesting looking programmes on TV there and as I say if a person is fluent in the language it would make a huge difference. So study of the language is invaluable for anyone visiting China.”