Australia's Most Popular Chinese Language Course
Learn Anytime, Anywhere with with Our Downloadable Modulesemail me at: support @ learnmandarin.com.au
A Taste of Chinese Internet Lingo: Very Yellow indeed!
Post by Eva

Back in 2007, China Central Television (CCTV) started one of its many campaigns that called for extreme measures in cleaning up the Internet content (clean up your act, Internet). During on of its promotional broadcasts, the station interviewed a thirteen-year-old middle schooler who described her gruesome experience of unintentionally stumbling upon a website with pornographic  content. When asked to describe her feelings pertaining to this event, she stated: 很黄很暴力 Hěn Huáng Hěn BàoLì, literary “very yellow, very violent”. 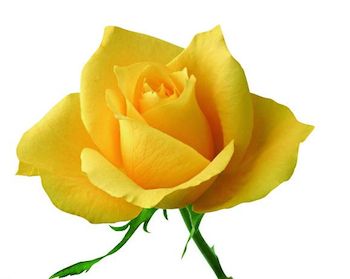 We have previously discussed the different connotations that colors have in Chinese culture. The color yellow is no exception; traditionally, yellow has been associated with the emperor, so the Imperial yellow was forbidden to be used by anyone else (and citizens that broke the rule would pay dearly); secondly, throughout its history, China has had a kind of an ongoing love-hate relationship with the Yellow river 黄河 Huánghé. Yellow river flows through the northern, central and eastern part of the country and is the second longest river in China. Sometimes called “the mother river” for its source of nutritious sandy soil, while at other times known as “the great sorrow” – for its tendency of overflowing its banks and flooding vast areas of rich farmland.

At some point or another  the meaning of yellow changed from Imperial to something concerning sex or sexuality. Although various sources tend to dispute on how exactly this all came to be, the most popular theory is that it was due to the Western influence, and one literary movement in particular, that yellow became established in China. This literature concerns the British “The Yellow Book” a literary periodical dealing with topics of decadence and aestheticism (the corrupting influence of the yellow book is also mentioned in the Wilde’s The Picture of Dorian Gray).

So, there you have it, due to the Western influences the term “yellow” when describing literature or movies, suddenly began to mean pornographic (compare to the English: “blue movies”). Today, the yellow-wrapped books are still suggesting a content of a more explicit nature.

In the above paragraph when the surprised and shocked teenager replied with her “very yellow”, she was actually implying “very pornographic”, “very dirty”. The phrase spread through the internet, caught on, and became a a favorite response for anyone criticizing the ugliness of the Internet. And so the peculiarity of Chinese language, criticizing, but not actually criticizing, lives on, and has also been adopted for other situations. The structure 很X 很XX, where X stands for an adjective is used also: