Australia's Most Popular Chinese Language Course
Learn Anytime, Anywhere with with Our Downloadable Modulesemail me at: support @ learnmandarin.com.au
Chinese Astrology
Post by Eva

Throughout Chinese history, astrology (占星学 ZhānXīngXué) has always been closely linked with science (科学 KēXué) and philosophy (哲学 ZhéXué). It was believed that there are three primary forces of nature: heaven above, earth at the bottom and the man in between. The role of the man was in connecting the two other elements to create a state of harmony (和谐 HéXié).

At the same time, the movement of the stars and planets would also influence a person’s life and determine the outcome in more trivial matters as well as life-changing events. Among the methods that were used for divination in ancient China, we find methods such as reading oracle bones, interpreting yarrow stalks according to the Book of Changes (易经 YìJīng), also known as I Ching; and reading the cycles of time with horoscopes.

A word or two about the Book of Changes:

More than two thousand years ago, Chinese scholars and thinkers collected the notions of harmony between the heaven and earth  and wrote them down in the Book of Changes, which was from then on used as a manual for fortune-telling. By breaking moral laws on Earth, for example, heaven would get altered too. This is also the explanation behind the concept of the mandate of heaven (天命 TiānMìng).

Emperor’s misconduct would be connected to flooding or draught; events such as an earthquake or a gentle rain were supposed to be a punishment or a reward according to the behavior of the villagers. A particularly bad omen was seen in the appearance of comets and eclipses of the Sun and Moon.

The main part of the Book of Changes is  八卦 BāGuà or the eight triagrams which  are built by joining 64 hexagrams in specific combinations. 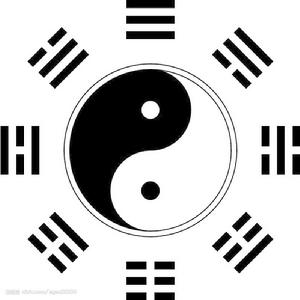 The influence of Chinese astrology is still present in the lives of Chinese people today. Before getting married, many couples will decide to consult with a professional astrologer whose role is to set the lucky date for the young couple. This is decided based on several factors such as names, birth date, year of date (or horoscope), blood type and so on.

In the olden days, a couple would actually have to pass the horoscope test which would determine whether they husband and wife to be are sufficiently harmonious. The result would be either a favorable or unfavorable combination, the former would mean that the proposed marriage could be called off without any further explanations and the suitor, or more importantly, his family,  would not feel in any way insulted or rejected.

For some, an expert in astrology might also assist in choosing the name for the newborn baby. This would be decided considering the parents’ name, their dates of birth and the expected date of birth. On top of that, it would also include the aspirations that the baby’s father and mother would have, for example, strong and courageous for the baby boy and graceful and faithful for the baby girl.