Australia's Most Popular Chinese Language Course
Learn Anytime, Anywhere with with Our Downloadable Modulesemail me at: support @ learnmandarin.com.au
The Charming Truth about Jade
Post by Eva

Why is jade 玉 (Yù) so famous, so ubiquitous in China? Jade bracelets, sculptures, seals, bowls, ornaments and other trinkets are found just about everywhere and celebrated by everyone: the local Chinese, and the tourists.

Let’s start with the character 玉 which is said to represent three beads of jade on a string. An extra dot was given in order to distinguish this character from the very similar character for ‘king’ 王 (Wáng) – the three horizontal strokes representing heaven, earth and humanity and the vertical stroke representing the ruler, connecting them all. From the start, thus, jade was very closely associated with the feeling or royalness and the court. 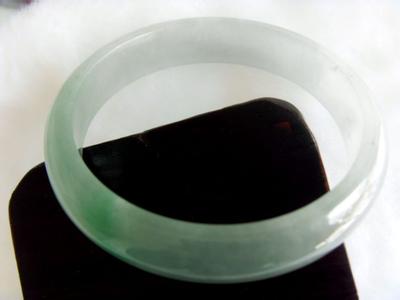 Jade is actually the common term for the hard mineral called nephrite. This precious stone comes in a variety of colors, depending on the amount of iron the specific chunk of jade contains: green, white, blue, yellow, clear and red, the rarest of them all. In ancient times, jade was much rarer than gold, and was for that reason given the status of the most precious stone in China (the value of gold increased greatly later on with the arrival of Buddhism, especially when gold was being used for building the gigantic golden statues of Buddha).

If something is rare, it tends to be reserved for the elite and jade is no exception. High-quality jade remains to this day a symbol of wealth, power and excellence. So precious and holly is this stone that in the past, the emperors believed that by communicating directly with a jade disk, they were able to communicate directly with Heaven.

Another important voice of Chinese culture, the sage Confucius actually compared the beauty of jade to the virtues that all humans should aspire to. The jade’s smooth surface was to represent human kindness, the jade’s strength represented human intelligence and its glow a person’s faith.

In Chinese mythology the symbolism of jade is heavily present – being an inspiration for the name of the Jade Emperor. The taoist alchemists, always on their lookout for finding their cure for immortality, deemed jade the crucial ingredient in the elixir of eternal life.

Today, jade remains the symbol of indestructibility and purity. In a more folk level, it is believed that jade is supposed to prevent misfortune, encouraging the wealthier to always drink from jade cups – it was well known that if a liquid was to contain poison, the jade cup will surely crack.  Similarly, many have insisted on being buried in tombs made of jade, since jade was believed to protect the corpses from decaying.

So there you have it, now you have a good reason to buy your mum that jade bracelet that she truly deserves!