Australia's Most Popular Chinese Language Course
Learn Anytime, Anywhere with with Our Downloadable Modulesemail me at: support @ learnmandarin.com.au
Knockoffs Galore
Post by Eva

Living in China or studying Chinese you must’ve heard this word knocking about:山寨  (ShānZhài), which originally means ‘stronghold’ and is used to describe a mountain village with a defence wall. This word also signifies a remote, god-forsaken area populated by poor people, kind of like the American Wild West (西大荒 Xī DàHuang), also a port of refuge for the local thugs and gangsters – the lawless haven.

This same word gained a new meaning after the popularization of the cheap mobile phone knockouts. Suddenly everyone was able to afford the new, the best, the hottest (热 Rè) technology, and the market proved extremely welcoming for the brands such as: Nokir, Samsing, Suny Ericsson and later on, Block Berry. 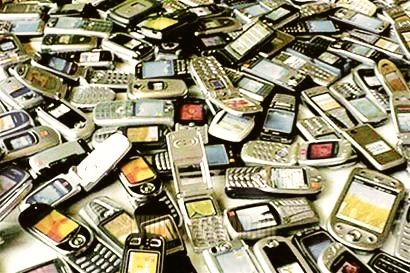 Shanzhai means much more than just ‘to copy’ 模仿 (MóFǎng),  it also includes the meaning of ‘to fabricate’ 造假 (ZàoJiǎ) or ‘copyright infringement’ 侵权 (QīnQuán). Skipping the costs of research, development 研发 (YánFā) and marketing, these new products would be more reasonably priced, while still retaining many of its original functions 功能 (GōngNéng) and even adding some new ones (the word ‘flashy’ comes to mind). Along with its irresistible new looks, Shanzhai products would soon start to dominate the low-price commodity market.

After the mobile phones (手机 ShǒuJī), came the digital cameras (数码相机 ShùMǎ XiāngJī), MP3 players, and game consoles (游戏机 YóuXìJī). But the spirit of counterfeit production didn’t just stop at electronics, it spread on to groceries such as milk, laundry detergent and even instant noodles, and even phony brands, ads and fake celebrities. And, while we are on the subject of knockoffs, have you seen the Chinese version of the Colbert Report?

Then, there is ‘Shanzhai love’.

This newly-coined word is used to express the sentiment of wanting to return to a simpler, more innocent lifestyle (kind of like the ‘back to nature’ concept of the Romantic movement). In contrast with the ‘city love’ that is prone to breaking up after being exposed to long periods of stress that accompany living in any highly-competitive urban environment, the ‘rural love’ is simple, uncomplicated and pure. Rather than having the meaning of ‘fabricated’, this Shanzhai carries the meaning of remote and distant – an idealistic want for simpler times and happiness.