Australia's Most Popular Chinese Language Course
Learn Anytime, Anywhere with with Our Downloadable Modulesemail me at: support @ learnmandarin.com.au
Let’s Talk About Noodles
Post by Eva

Did you know that Chinese noodles used to be shaped like pancakes? I didn’t, but yes, apparently it wasn’t until Tang dynasty (618-917) that the noodles became noodles or 面 Miàn. Today, noodles come in all shapes and sizes, with each region being famous for its own specialty.

I like noodles, but I used to like them even more; one, because they are delicious, and two, during my rookie Chinese stage they were my number one choice of food, simply because I could always rely on 面 being something edible.

There are many, many kinds of noodles knocking about these days, but they can largely be divided into two groups: wheat and other (rice, starch, starch and something). Bellow is the list of the most famous noodle groups, along with some explanation. 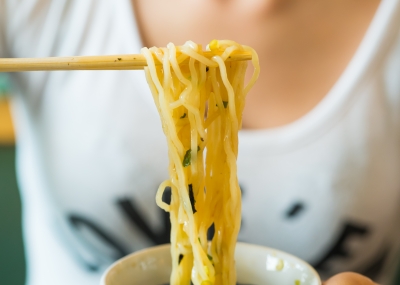 炒面 ChǎoMiàn: fried rice. Spaghetti-like noodles fried with an egg, some veggies and meat; a good choice for a street food.

拉面 LāMiàn: hand-pulled noodles also known as Ramen in the Japanese cuisine. These are atrademark of Xinjiang restaurants.

冷面 LěngMiàn: cold noodles; delicious in the sweltering summer, less so in the winter.

粉丝 FěnSī: vermicelli (made of starch)