Australia's Most Popular Chinese Language Course
Learn Anytime, Anywhere with with Our Downloadable Modulesemail me at: support @ learnmandarin.com.au
Open Sesame
Post by Eva

What have you heard of the e-commerce giant Alibaba?

The founder of Alibaba is Jack Ma (马云 Mǎ Yún), one of the first e-commerce entrepreneurs in China. Formerly an English teacher born in Hanghzhou, he later led 18 others to found what was to become the world’s largest retailer (generating more sales than Amazon and eBay combined!). Together they accumulated $60,000 and so Alibaba was born. 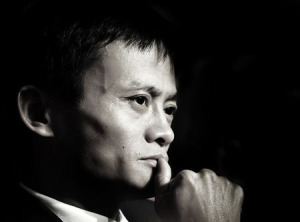 15 years later, a recent Wall Street listing estimates the value of the same company at $240 billion. Similarly, the number of employees exploded to more than 24,000 with more than 70 offices around the world.

Alibaba primarily focused on business-to-business marketplace connecting Chinese manufacturers to global buyers. Right from the start in 1999 Alibaba launched both the Chinese- and English-language websites. Today Alibaba deals with internet users from more than 240 countries and regions around the world.

Taobao (淘宝 TáoBǎo ) came along in 2003 as a free platform – and it remains to be free – that would enable buyers to explore new products and sellers to establish a low-cost online presence. In 2004 Alipay (支付宝 ZhīfùBǎo) was established to address the issue of trust between the buyers and sellers online. Alipay introduced its escrow service as a solution to this problem.

2004 also saw the creation of Aliwangang (阿里旺旺 ĀlǐWàngWàng), an instant messenger that would allow audio and video communication between buyers and sellers. Tmall (天猫 TiānMāo) is a premium goods market founded in 2008 focusing on a sale of branded and premium products. Then there’s also AutoNavi (like Google Maps), Kanbox (Dropbox), Weibo (Twitter) and Lyft (Uber).

Mr. Ma stepped down as the company’s CEO in 2013, but he remains the company’s chairman, providing the main strategic decisions the company is to take. Unsurprisingly, Mr. Ma is China’s richest person, with a wealth of $20 billion (did I mention he is only 50 years old?).

So what makes Alibaba different? Firstly, of course, was their perfect timing and their ubiquitous service. Secondly, it is said the company’s mission and values are the glue that makes it all stick into the perfectly working machine. Their mission is to make it easy to do business anywhere.

Like Google, Alibaba strives to attract the best talent offering supreme work environment. The way Ma sees the ideal working environment is this:

Alibaba is also known for its strong company culture with respect to the spirit of entrepreneurship, innovation and a focus on their customers’ needs.