Australia's Most Popular Chinese Language Course
Learn Anytime, Anywhere with with Our Downloadable Modulesemail me at: support @ learnmandarin.com.au
Ordering Food in Chinese
Post by Paul 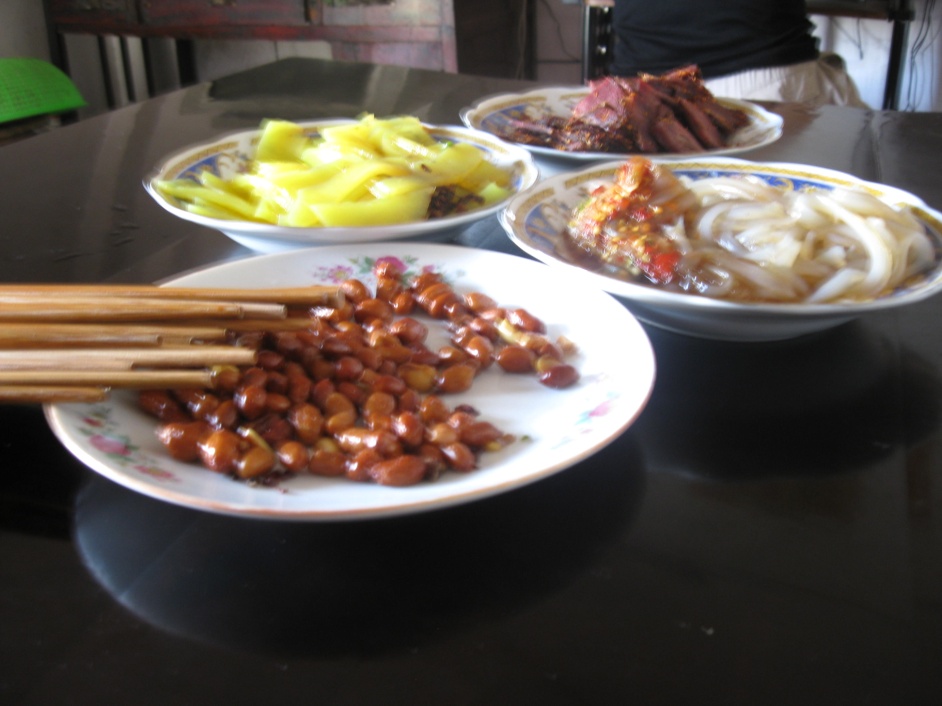 The local restaurant’s sign had some characters on it, but I could only make out one character, “肉（rou4）”, which means meat.  I was in the beginner class at the University and had not even learned how to order food.  Pointing at other people’s food I would say “我要这个 (Wo3 yao4 zhe4ge)” or “我要那个 (wo3 yao4 nei4 ge) “to order.  It seemed to work and I usually picked pretty tasty stuff until one evening; I was eating a meat dish with a friend of mine after ordering in that manner.  I had never tasted that sort of meat before.  I could not tell if it was beef, pork or what.  Finally, I asked my friend, who had been in China a couple of months longer than me, “Is this dog meat?” he replied, “I think so.”  I could hardly take another bite and we left the rest of the food on the table after paying the check.  A couple of months later I finally learned the character that preceded, “肉”on the sign and, sure enough, it was “狗 （gou3）”, which of course means dog.   It became very evident that I needed to learn to say a few more dishes in Chinese so that I could avoid eating the unknown.   Here is a guide to help you to avoid the same mistake I made and help you to avoid eating dog.

The grammar for ordering a dish in Mandarin is very simple, all you have to do is say, “我要一份……….wo3yao4yi1fen4 ….” which means, “I want a plate of…”  There are also foods that are served in a bowl so instead of saying, “一份 (yi1fen4)” say, “我要一碗….Wo3yao4yi1wan3……)” to order a bowl of something.  For example, if someone wants to order a bowl of rice they just say “我要一碗米饭 （Wo3yao4yi1wan3mi3fan4）.”  The words “份（fen4）”and “碗(wan3)” are called measure words.  English has similar grammar at times, but in Mandarin they are used much more.  For example, “I would like a piece of pie” and “I want a pie” are different because of the word “piece.”  The same is true in Mandarin except that the measure words are always necessary.  So remember your measure words and use the simple subject and verb 我要 (wo3yao4) before, to order.

Now some food in China can be a little spicy for those whose palates are not used to it. So it is good to know how to order food that is not spicy.  Now it is possible to order the same things, but the customer must add “不要辣的 （bu2yao4 la4de0）” or “不要放辣椒 bu2yao4 fang4 la4jiao1)”after saying the dish that should not be spicy.   If spoken correctly and the waiter or waitress is listening then the food should not be spicy.   Now those who want spicy food, but do not want to drink three bottles of water to choke down one dish can order food “a little spicy” by saying, “我要微辣的 （wo3yao4 wei1la4de）.”  Now results of ordering food that is a little spicy may vary because what is a little spicy to the server may be extremely spicy to you, therefore use caution.

Now that we have some structures to order with, we need things to eat.  The following are some examples of common Chinese foods that many expatriates like to eat in China.  Just add these to the structures above to order.

The first dish on our menu is “宫保鸡丁 (gong1bao3ji1ding1)”, which in English means, Kung Pao Chicken.  This dish is chopped chicken with peanuts, onion, celery and sauce.  Most westerners have had this in the states, but the authentic flavor is a little spicier especially in provinces famous for their spicy food like Sichuan and Hunan.  Most restaurants will have this, but it is no guarantee.  Restaurants advertising the aforementioned provinces flavor are the best bet for finding this classic dish.   If you are lucky the chicken will not have small bones in it, but more often than not the chicken is boneless. Kung Pao Chicken is best eaten with rice and feeds 2 to 3 people in most cases.  You really cannot go wrong ordering this at your local restaurant.  So to order this all you have to say is “我要一份宫保鸡丁（Wo3yao4 yi1fen4 gong1bao3ji1ding1）”, meaning, “I want a plate of Kung Pao Chicken.”  Of course, if you don’t want it spicy food, remember to say, “不要辣的 （bu2yao4la4de0）.”

When looking for a good noodle dish that is not considered soup in the west it is best to look at this second menu option, “新疆 拌面 （Xin1jiang1ban4mian4）”, which means Xinjiang (province) mixed noodles.  This is a noodle dish served at Uyghur ran restaurants usually associated with 拉面（la1mian4）and at Xinjiang restaurants located all over China.  This is dry noodles with onion, green peppers, beef and, at times, garlic stalk.   This dish is a tad spicy and is made with the pulled noodles.  Do not get scared when the chef, who is usually located within line of sight, slams the uncooked noodles onto the preparation board with a “bang.”  This is how the noodles are made and eating at these little restaurants is a great experience.  Ordering is as simple as saying “我要一份新疆拌面 （Wo3yao4 yi1fen4 xin1jiang1ban4mian4）”, meaning, “I want a plate of Xinjiang mixed noodles.”  This is a good one to try if you want some carbohydrates. 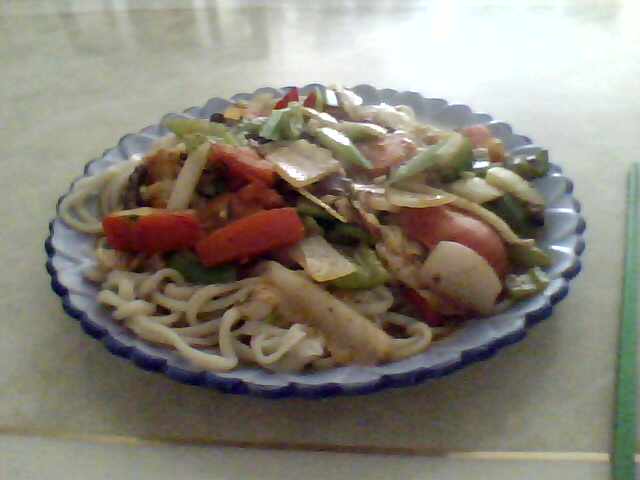 This next menu option is for those who crave potatoes in the rice heavy diet of China.  It is called 地三鲜 (di4san1xian1). This is just chunks of potato with eggplant fried together.  This is very popular among the expatriate community because the potatoes are prepared in a similar way to many European countries and America’s preparation method.  This can be eaten by itself or with rice.  This is another easy to find dish and your average Chinese restaurant will, more than likely, have it on the menu.  Ordering this is as easy as saying， “我要一份地三鲜 (Wo3yao4 yi1fen4di4san1xian1)” and in a few minutes you have your dish.

So now it is time to order your beverage.  There are two measure words that are commonly used to order.  The first is “被 (bei1)”, which is a cup or a glass, and the second is “瓶 （ping2）”, which is bottle.  When ordering two cups of black tea say, “我要两杯红茶 (wo3yao4 liang3bei1 hong2cha2) to order.  When ordering five bottles of cola say, “我要五瓶可乐 (wo3yao4 wu3ping2 ke3le4) and you should get your drink.  Those are a couple of ways to order a drink.  To be completely understood it is important to remember to use the proper measure word.  Many people make the mistake of omitting the measure word all together and that makes the request hard to understand for the local people.

Here are some things to remember when getting ready to go to a restaurant in China.   First, one of the simplest ways to make a request is by using”我要（wo3yao4…）” and then add what you are requesting to the end.  Always use your measure words like “一份 (yi1fen4), 一被 (yi4bei1)” etc… This will help you to be completely understood and minimize frustration.  Next, try not to go in completely blind; before going out to eat look up dishes on the internet and practice how to say them and as a plan B take a picture of the dish or write it down.  Finally, do not point at other people’s food to order not knowing what it is because you may end up eating something completely unexpected.   This guide will get you started eating in China.  When your friends order something you like always remember to ask them how say it, to increase your dining vocabulary.  All that said, happy dining and bon appétit!