Australia's Most Popular Chinese Language Course
Learn Anytime, Anywhere with with Our Downloadable Modulesemail me at: support @ learnmandarin.com.au
Overcome your Fear of the Chinese language.
Post by Nancy

It’s foreign. Each sound can be pronounced four ways to mean different things. There is no alphabet, only a combination of lines and squiggles. These are things I often hear from my fellow classmates learning Chinese or from friends who want to learn Chinese but are overwhelmed by it. I admit that there are difficult aspects of the Chinese language for foreigners to learn, but I believe that once you overcome that initial fear of Chinese, it is actually more than achievable to learn.

I am currently travelling through South America and have met people from all over the world where our common language is always English. I feel pretty awful when I am talking to someone from South America and we have to resort to English because I cannot string together a sentence in Spanish, and it is fascinating that I am able to get by in so many different countries in the world just by speaking English. How is it that so many people can speak English so well as a second language? I have spoken to many other travellers about this, and they all agree that English is a very easy language to learn. I found this as quite a shock since I find English grammar to make no sense (I cannot for the life of me explain to others when we use ¨much¨ and ¨many¨) and the spelling is ridiculous (there, their, they’re). However, I have been told that English is easier for them to learn since they have had exposure to it since they were young – much of the popular music, TV shows and movies are all in English. When foreigners learn English as a second language, they are already familiar with the sounds of the English language as well as common words and phrases. It is much more difficult to approach a language to which you have no connection to and so it is natural for first time learners of Chinese to feel overwhelmed by it.

During university, I dropped a super boring class and didn’t know what to replace it with. So, I decided to take up Arabic on a whim, just to try it out for the semester. I joined the class a couple of weeks late so I already felt a little disadvantaged. All I could see in my textbook were squiggles that read from right to left and all I could hear were the typical ¨khakkgh¨ sounds from deep in the throat that we associate with all Arabs. After 6 weeks of learning Arabic, I scored 0.75/5. I could not even scrape a single mark! It was slightly embarrassing but I can look back and laugh at it now. I looked over that exam later and saw that some of my writing were actual squiggles that did not resemble any Arabic letter. That girl did not have any clue what was going on. Despite that first horrific test, I focused on just learning the alphabet and sounds first, and soon reading became much easier and learning the vocabulary did too. Don’t jump the gun. If you try to achieve too much too fast, you’ll just overwhelm yourself. I ended up with one of the highest grades in my Arabic class that semester and went on to study it for three more years! 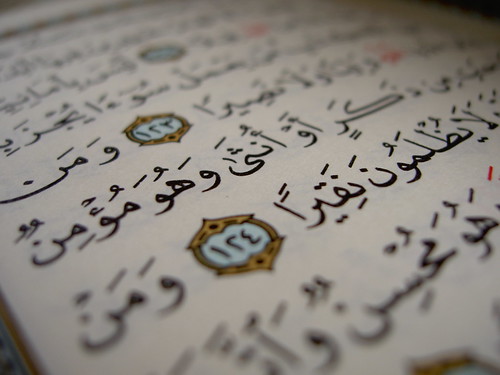 Once you become more exposed to a language, you will slowly start being able to differentiate sounds and words, and soon start to identify them with meaning. I am currently staying with a family in Chile. I have never studied Spanish so I have absolutely no foundation to work off. Luckily for me, the family can all speak English at a moderate level so communication is generally not a big issue. For those of you who don’t know, Chilean Spanish is Spanish on a whole new level. They speak fast, really fast. Other Spanish speakers say they virtually have their own language. A friend of mine from Spain was talking to my friend from Chile in Spanish and ended up saying to her ¨Just say it in English, I have no idea what you’re talking about¨! So, like any first time learner, my first dinner with them was a little overwhelming. However, I have stayed with them for a few weeks now, and already I can (sometimes) separate the words they are saying to each other, and even get the gist of what they are saying. 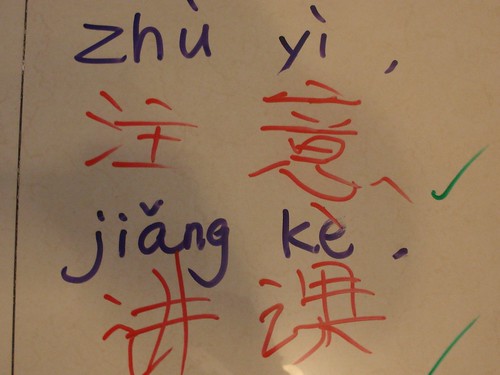 So back to the topic of Chinese. I believe that anyone from any background is capable of learning Chinese. Sure, it is not as easy as a French person learning Spanish or Italian. But once you get over the first initial shock and unfamiliarity of the language, you will start to build a foundation which you can continually build upon. You will be able to differentiate sounds and words. I also studied Chinese at my university at a beginner’s level and the majority of my classmates struggled big time. The only ones who didn’t were the ones who had some experience beforehand – they already had some exposure to it. They had either studied it before or had lived in China briefly. 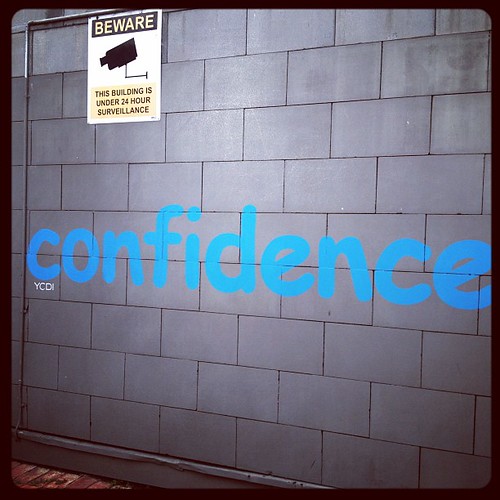 What I found surprising from my classmates was that once we had studied Chinese for some time, it was not the characters that they struggled with the most, since all it takes is repetition to learn them (and there are little tricks like the radicals that you will learn about later). It was the same problem as most people learning another language face – confidence in communicating. Most people will find it much easier to write a sentence in a foreign language than to say it aloud, especially in front of the class. My Arabic lecturer told me to not care if I am saying the whole sentence wrong, the most important thing about languages is to be able to communicate. String any words you know together to try and get the message out. If you worry about the grammar, you will over think it and be stumped. Thankfully, Chinese grammar is quite straightforward. No conjugation, one word to make things past tense and one word to make things future tense. Easy! Don’t worry about the different tones either. Many of my friends stress about that and ask me ¨Oh, but won’t this mean a completely different thing if I say it in 2nd or 3rd tone?¨ but if you’re saying any sentence to a Chinese person, the context will overpower any mispronunciation.  You will find when you start building your Chinese vocabulary that when you learn a new word, you will associate the correct tone with it too. Remember that in English we use tones as well in the form of emphasising different syllables in words. Handy tip: if you forget what 4th tone sounds like, it’s the same as ¨shit¨ in English.

So, start practising those Chinese sounds, sing along to some Chinese pop or watch a movie and surround yourself with ZhongWen!