When most people hear the word ‘tea’, or ‘cha’ 茶, they tend to immediately think of green tea ‘lǜ-cha’ 绿茶, black tea ‘hong-cha’ 红茶 (actually, the Chinese way of saying black tea is literally ‘red tea’), or oolong tea ‘wu-long-cha’  乌龙茶. They may also think of jasmine tea ‘mo-li-hua-cha’ 茉莉花茶 or herbal teas. Very rarely do people think of Pu’erh tea ‘Pu-er-cha’ 普洱茶, but Pu’erh tea may actually be the oldest variety of tea that there is, and it is found all over Yunnan province, in Southwest China, and also parts of Myanmar, Laos, Vietnam, and Thailand. 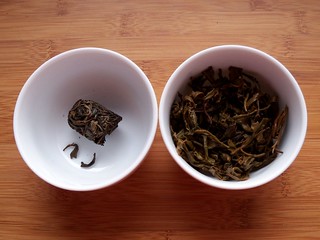 “Bamboo Puerh Before/After Steeping” by A Girl With Tea on www.flickr.com

Pu’erh is the name of a town that is located in the Simao 思茅 prefecture of Yunnan province. Later, due to the fame of the tea, the name of all of Simao prefecture was officially renamed ‘Pu’erh’ in order to help attract tourists. The climate of Pu’erh is bordering on tropical and it is perfect for the growing of these enormous tea trees. Pu’erh comes from huge variety of Camellia that grows in these tropical climates and some of these trees are hundreds of years old. The practice of drinking tea itself is believed to have originated in this part of the world, along the present-day Myanmar-China border. The famous ‘Horse-Tea Road’ or ‘cha-ma-gu-dao’ 茶马古道 which connected Tibet, China, Myanmar, and India during ancient times, runs through this region and served as a merchant trail for the international trade of tea and other goods, similar to the famous ‘Silk Road’ or ‘Si-chou-zhi-lu’ 丝绸之路in the West.

Pu’erh tea has two different forms: raw and ripe. The raw leaves are ‘sheng-cha’ 生茶 which have been picked, dried, and typically pressed into cakes or bricks for easy storage. This tea can be drunk anytime, but generally the older the tea is, the better the taste and the more expensive it is. This is due to the natural fermentation caused by microbes over many years of storage. In this way, Pu’erh tea has many similarities with fine wine! Fresh raw Pu’erh has a distinct taste unlike any other tea. The color is in between a light-green and light-brown, and tends to get darker with age. It is slightly bitter, but very fragrant and leaves a very soothing aftertaste in the mouth which lasts for a long time. With age, the flavor becomes less bitter and the aftertaste more distinct. Ripe Pu’erh, or ‘shu-cha’ 熟茶 are leaves that have undergone a special, artificial process of fermentation in order to simulate the taste of aged, raw Pu’erh. The color is a dark brown and the taste is thick, smoky, and smooth. 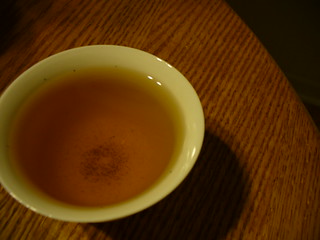 In Yunnan, Pu’erh tea is usually served to guests in a style called kung fu tea or ‘gong-fu-cha’ 功夫茶. The word ‘kung fu’ does not only refer to the martial arts, but it also means to have a special ability in something, and so it refers to a style of tea-making that also requires some skill and technique. Rather than simply placing the teas into a cup of boiled water, kung fu tea requires the use of many special utensils and containers, and is prepared on a special tea table where water can be easily drained. Tea is generally ‘washed’ first in order to open up the leaves, and this means that the first infusion of water is discarded. This is called the washing of tea, or ‘xi-cha’ 洗茶. The second infusion of tea is suitable to be served, and tea can often be steeped, or ‘pao-cha’ 泡茶, around four or five times depending on the tea. 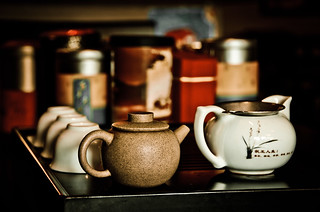 Pu’erh tea comes in so many varieties that it is the perfect product for collectors. There are literally thousands of types of Pu’erh tea which differ in sizes of cakes, where the leaves were grown, how big the leaves are, how old the leaves are, how they are processed, which factory they were pressed in, the brand and the list goes on and on. Unlike most other types of tea, such as green tea and fresh oolong tea, Pu’erh tea can be stored indefinitely and only gets better with age. It is therefore a collector’s dream come true! 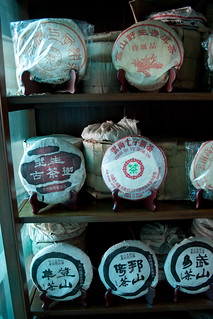 In China, tea is not simply a beverage, but is the product of thousands of years of culture. The tea trees of Pu’erh are also hundreds of years old and therefore carry some of that cultural legacy within their leaves. Drinking Pu’erh tea is like going back in time and tasting something that was cherished for more than a millennium. I hope that you will take a break from drinking tea bags and give Pu’erh tea a shot! Experience tea how it was really meant to be drunk.