Australia's Most Popular Chinese Language Course
Learn Anytime, Anywhere with with Our Downloadable Modulesemail me at: support @ learnmandarin.com.au
Qing Dynasty Saga, Part I
Post by Eva

The Qing dynasty 清朝 (QīngCháo) was the last dynasty in Chinese history and it lasted between the years of 1616-1912 (the dynasty was actually overthrown in 1911, but it wasn’t until 1912 that the last emperor abdicated).  At its peak, the Chinese empire became the largest in the whole of Chinese history. This period is also known as a time of great changes in the areas of culture (文化 WénHuá), politics (政治 ZhèngZhì) and education (教育 JiàoYù). On the other hand, it was full of political instability and turmoils which resulted in the Opium wars, as well as numerous rebellions.

The Qing dynasty was preceded by the Ming dynasty, and followed by the brief period of the Republic of China which introduced the notions of modern nationalism as interpreted by Dr. Sun Yat-sen (孙中山 Sūn ZhōngShān). Qing is one of the two Chinese dynasties that was ruled by  non-Han people (汉人 HànRén). The first dynasty to do that was Yuan, which was established by the Mongolians (蒙古人 MěngGǔ Rén). Qing was dominated by the Manchu people (满人 MǎnRén) – nowadays a minority in the Chinese northeast (东北 DōngBěi). 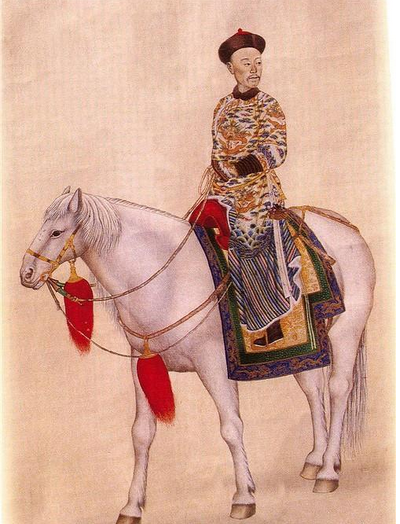 Like the Mongols, the Manchu people also held a strict rule with only limited power given to the Han Chinese. Hugely outnumbered as the Manchu people were, they were struggling to preserve their identity among the much more numerous population of Han Chinese. They encouraged traditions such as horseback riding and archery and forbade the Chinese practice of foot binding; they also prohibited intermarriages between Manchu and Chinese people, controlled the migration of Han Chinese to their native northeast, and usually awarded the highest ranks in the army and other positions of power to the Manchu people, who were generally given preferential treatment.

The adherence to the Mandate of Heaven (天命 TiānMìng) was taken in even more literal way;  as the ‘heavenly kingdom’, China did not recognize any other  country as their equal. Instead, it assumed that China was both culturally and materially superior to their neighbours, as well as more remote countries who wanted to partake in the international trade. In the era when China was falling behind other, more industrially developed countries, this was hardly an innocent stance. While the Qing rules played their usual game of ‘bring us gifts and in exchange we shall grace you with culture and protection’, the military strong countries of the West, were becoming more and suspicious about who actually was the one to dictate the rules.