Australia's Most Popular Chinese Language Course
Learn Anytime, Anywhere with with Our Downloadable Modulesemail me at: support @ learnmandarin.com.au
Rich in China and abroad
Post by Eva

Today China’s borders are wide open and getting a passport is not a hassle anymore. This resulted in a huge wave of outbound tourism, with more than 100 million Chinese crossing the borders last year. Most of these, of course, return home. But there is also a growing number of those who choose to stay: mainly students and the wealthy. 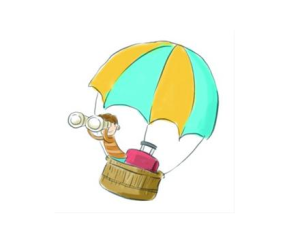 According to a recent survey almost two-thirds of Chinese with more than $1.6 million in their bank account have already left China or are planning to. Another study by the English bank Barclays estimates that about half of China’s wealthy population is considering moving to a new country within the next five years. This survey was made with more than two thousand participants, all with a personal wealth of more than $1.5 million.

According to the same study, forty-seven percent of rich Chinese were considering a move in the next half-decade, compared to one-fifth of rich Brits and six percent of Americans. Of course, the reality is that most of the highly successful Chinese businessmen make money in China and would not be able to be as successful abroad. This might be preventing a number of them to finally decide to leave.

Lucky for them, many countries around the world are willing to issue ‘an investor’s visa’ which allows for an automatic visa upon a hefty investment. Last year in U.S., for example, almost seven thousand visas were given to  the Chinese nationals under the so-called EB-5 programme, which welcomes foreigners to live in America if they invest a minimum of half a million dollars. Ranking second, with only 364 visas granted, were the nationals of South Korea. Due to the high demand from the Chinese side, Canada recently closed down a similar program.

With an increasingly powerful economy, the political power of China is on the rise as well. For this reason, only 15% of those that choose to settle abroad decide to give up their Chinese nationality as well.

Food safety, pollution and infrastructure are among the reasons why Chinese are considering emigration. Another major factor for Chinese parents is that they wish to improve the future prospects of their children. The education system in China with its high-pressure, highly-competitive, exam-based  approach is remarkably tough (even president’s Xi daughter went to Harvard).

The reality is that without the fee-paying Chinese students many colleges in Western world would not be able to survive. These days, Chinese students are by far the largest group of foreign students in U.S. universities, with more than 230,000 students currently enrolled according to the Institute of International Education. Similarly, the numbers are on the rise in other English-speaking countries. British universities, for example, now have almost as many full-time Chinese master students as British ones.

Chinese government takes a lot of interest in the Chinese living abroad. Today, the Chinese diaspora has almost 50 million members, many of them rich and influential members of the society. There is a distinction being made between ethnic Chinese who have renounced their Chinese nationality in favour of the new one and those who choose to remain Chinese citizens. The latter are also known as 华侨 (HuáQiáo), and are viewed as an invaluable asset. The students are seen as the ambassadors for China, while researches, scientists and other professionals are seen as knowledge wells which could propel Chinese modernization even further.