Australia's Most Popular Chinese Language Course
Learn Anytime, Anywhere with with Our Downloadable Modulesemail me at: support @ learnmandarin.com.au
Millions of non-smokers rejoice!
Post by Eva

For a long time, China was considered a smoker’s paradise, with more than 300 million of China’s 1.35 billion being smokers, and with more than half of adult men being regular tobacco users according to WHO. You could smoke in a restaurant, in a taxi (though that became harder to do in bigger cities such as Shanghai and Beijing), and you could even smoke inside some of the stores. Now, things are finally starting to change. 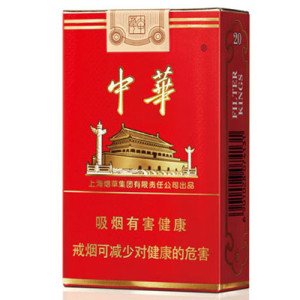 On June 1, 2015, Beijing government announced a new no smoking policy that will impose a smoking ban in public places, including offices, hospitals, restaurants and public transport. But, as you can imagine, many remain sceptic and believe the law will be hard to enforce in the country that is currently the world’s largest consumer and producer of tobacco (producing about 2.3 trillion cigarettes annually or 40% of the world’s total). To enforce this unpopular law, any misconduct will come with a fine 20 times higher than the existing one (which was 10 yuan, or around $1.60). What’s more, anyone that has been caught for three or more times will be named and shamed on an official government website, says the state’s Xinhua news agency.

Tobacco and cigarettes are very symbolic in Chinese culture and also play an important role in the Chinese guanxi 关系 system, where cigarettes are both a tolerated and widely accepted form of bribery. As in many other cultures around the world, smoking tobacco is also a form of bonding, particularly among men. According to recent statistics only 4% of Chinese women are smokers and women smokers are still frowned upon in many places around China (particularly outside the big cities).

Sharing a cigarette break with someone is a good ice-breaker and as a foreigner who is dating or is married to a Chinese woman, you will especially appreciate that. Remember to bring some nice packets of cigarettes every time you visit your Chinese family in the countryside. Of course it will depend on the family, and while some will accept your foreign ways immediately, others will try to force you to partake in their chain-smoking activities. But hey, you should take it as a compliment and consider yourself as one of the guys know. For women, it’s not really expected that you would smoke, though I have been to a Chinese wedding or two where I, as a special guest, would have to smoke along with the bride and the groom.

Smoking also accompanies many social activities such as playing cards and especially in the summer you’ll be able to see tables set outside, with middle-aged (shirtless) man smoking cigarette after a cigarette while playing some sort of card game or Chinese chess (this is also a great way of learning local curse words).

Tobacco shops are also  one of the most common startups in China with family business  opening their doors from early in the morning until late at night supplying the most popular brands of cigarettes, beer and white wine – baijiu 白酒.

With the introduction of the new law, things are going to change, at least on paper. But it will be interesting to see how the law will affect, for example, restaurants: will you be able to complain about other guests smoking just right next to your organic kale? Or not?