Australia's Most Popular Chinese Language Course
Learn Anytime, Anywhere with with Our Downloadable Modulesemail me at: support @ learnmandarin.com.au
The Faces of China: Big S
Post by Eva

Walking around any city in China, turning on your TV, computer or looking at the ads displayed on the subway, in taxis, shops and magazines, you will be greeted by a limited number of faces that stand behind the world’s most famous brands. It would seem that international stars are a rare commodity in China, but those who make it, make it big.

Meet the face of Pantene, Tissot,  Avon and Lenovo, just to name a few, 徐熙媛 (Xú XīYuàn) Barbara Hsu, more popularly known as Big S (大S Dà S). The singer, actress and host was born in 1976 in Taiwan, and has been launched to stardom from her early teens. She started as a singer with a duo group S.O.S (Sister of Shu), together with the equally (if not more) famous sister, 徐熙娣 (Xú XiDì) Dee Hsu or Little S (小S Xiǎo S). Nowadays, Big S is  most famous for her movie roles, most notably for the following movies: Reign of Assassins (剑雨 Jiàn Yǔ), Summer’s Desire (泡沫之夏 PàoMò Zhī Xià) and Meteor Garden (流星花園 LiúXīng HuāYuán). 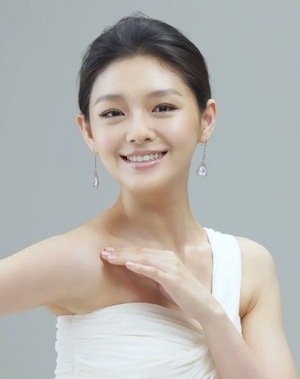 In 2011 the famous actress married the Chinese entrepreneur 汪小菲 (Wāng XiǎoFēi), and since then the couple has rarely left the news (albeit most of them tabloids). Following speculations about possible affairs and pregnancies, the 37 year-old Barbie gave birth to a a baby girl on April 24, 2014.

Particularly rejoiced were her Sina Weibo  (微博 WēiBó) followers, as of April 25, more than 34 million of them.

After announcing that her baby was born: 生了〜小女孩很平安，無限感恩！(Shēng Le 〜 Xiǎo NǚHái Hěn Píng’Ān, WúXiàn Gǎn’En!) “It’s over – she is safe and sound, I feel eternally grateful!”, her update was greeted with:

all that in less than 24 hours.

How’s that for a slice of fried gold?