Australia's Most Popular Chinese Language Course
Learn Anytime, Anywhere with with Our Downloadable Modulesemail me at: support @ learnmandarin.com.au
Things we love about China
Post by Eva

Whether you are just going to China for a short trip, or whether you are already a China veteran, I’m certain you will be able to relate to at least some of the points listed below. We would also love to hear what you love about China. Drop us a line in the comments section!

The variety of cooking styles and flavours in Chinese cuisine is unmatched. Particularly astonishing are the numerous ways of preparing vegetables. Though they can hardly be called vegetarian dishes – everything seems to be prepared on animal fat – they are absolutely delicious and if you are a hardcore vegetarian yourself, it is not difficult to find one of the many buddhist-themed restaurants. Don’t forget about the countless variations of noodles, dumplings, soups, spicy and sour flavours, local delicacies and the oldies goldies – such as kung pao chicken (宫保鸡丁 GōngBǎo JīDīng). 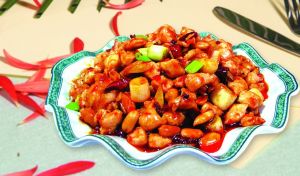 While coffee is slowly but surely arriving to the Chinese market dominated by the big chains such as Starbucks and Costa Coffee, the tea is still the king in the many parts of China (particularly once you step out of the big cities). Take for example the Pu-erh tea (普洱茶 Pǔ’ĚrChá) from the Yunnan province, which is getting more and more noticed in the West as well (particularly among the more affluent crowds). Then there is the Chrysanthemum tea (菊花茶 JúHuāChá) known for its medicinal value, Oolong tea (乌龙 WūLóng) or dragon tea also known as ‘The Chinese Restaurant Tea’, Longjing tea (龙井茶 LóngJǐngChá) green tea from Hangzhou and Jasmine tea (茉莉花茶 MòLiHūChá), undoubtedly the most famous scented tea in China.

If you are into shopping, you should definitely stop by Taobao (淘宝 TáoBǎo), an online retailer with countless shops. Like with eBay, anyone can open a shop and trade and the result is spectacular. Whether you are looking for a particular style, size or colour the choices are limitless, the delivery is speedy and the sellers might sometimes even include a small freebie to go with the gift.

Public transportation is relatively cheap in China, whether it’s your local bus, subway, or a motorcycle man, there are always options to be had. Foreigners are particularly excited to learn that taxis are a rather affordable solution – though the motorcycle man might still be your fastest option during the rush hour.

The Feeling  of Safety

Thought it is certain that many crimes are underreported or not taken seriously (for example sexual harassment), China, and especially the brightly-lit, CCTV-operated megacities of the eastern coast feel pretty darn safe at any point in time. Maybe it’s because you are likely to be surrounded by people all the time, or the fact that Chinese men look less threatening (it’s the women that scare me, though), I’ve never felt fear during my years in China.

The people are generally nice and friendly and they are always ready to accept (adopt) a foreigner into their big family circles. After all, family celebrations are particularly splendid with a foreigner drunk on Baijiu sitting around the table. Forgive them the starring and the pointing, ignore the slurping and the burping and you’ll be just fine.

Whether for good or for bad, China is different; the people, the culture, the politics, the habits, the values, everything is different. You might find Shanghai and Beijing less intimidating and less foreign, but the majority of China is still towns and villages, with local communities still tightly linked. There the importance of the family and the elders is still significant and so will be your foreign face.

During my five years in China I’ve experienced things that I will not be able to experience anywhere else, whether it was hosting a wedding, driving a motorcycle in a frozen countryside or getting tipsy on some funky (locally-brewed) baijiu  with the village elders. Fun times.