Ever heard of the expression 老百姓 (LǎoBǎiXìng)? Translated word by word this phrase means the “old one hundred names”; taken as a whole, it means “common people”. Interesting, huh? Well, this stems from the fact that the number of surnames in China is very limited with around 4000 surnames in total to choose from. While this makes for a lot of duplicate names in the heavily populated China (hello, identity theft, anyone?), curiously enough, the majority of people use one of the most frequent one hundred names, i.e. the “old one hundred names”. I’m sure you’ve heard of many of them like: 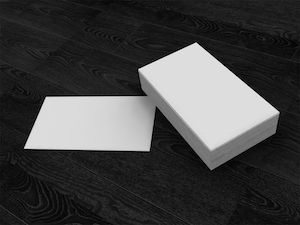 For the extra cherry on  top, surnames usually consist of just one syllable (while the first name consists of either one or  two syllables) – which should make the sudden appearance of the “evil twin brother” a pretty realistic occurrence. I remember back in my university days our teachers coming up with a particularly ingenious solution of simply adding “A” and “B” at the end of duplicate names; thus we had a Wang Wei A and a Wang Wei B in our classroom.

Remember these names, people, so that the next time a Chinese person approaches you with a smiling face and greeting you by your name (whilst you have no idea who they are), you can at least make an educated guess, like: Hey Mr. Li, I mean Wang. No, no, what am I saying: How’ve you been Mr Zhang?

This cultural characteristic also influenced the language, so, for instance the phrase:

“Zhang third” and “Li fourth” also carry the meaning of “your average Joe”,  a stock character, and are consequently the stars of many jokes: 张三 (ZhāngSān)，李四 (LǐSì)，王五 (WángWǔ): John, Joe and Tom walked into a bar…