Australia's Most Popular Chinese Language Course
Learn Anytime, Anywhere with with Our Downloadable Modulesemail me at: support @ learnmandarin.com.au
International Brand Names in Chinese
Post by Eva

As every other language, Chinese language has undoubtedly been undergoing many changes, such as new vocabulary and even new sentence structures, particularly under the influence of English. New words have been seeping into Mandarin since Qing dynasty, but the process has been much more notable in the recent decades. This has been propelled by the economic collaboration between USA and China (as well as other economies) which brought on the sudden need to translate the names of international brands into Chinese. 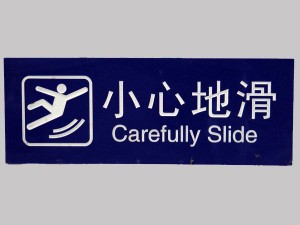 The most common method of doing this is by transliteration, which is often used for invented words (such as brand names) or surnames and other words that carry no other meaning otherwise. When writing down the English word in Chinese, in this case, characters are used that are similar to the original sound in English.

Characters with good (auspicious or generally positive) meanings are most commonly used to carry this sound, especially words that suggest happiness, longevity, good luck, fortune, wealth, etc. You will see many of this characters repeated in various brand names:

Besides using a character with positive connotation, it’s suggested that brand names should also be memorable and unconventional as possible in wording, pronunciation and other aspects. Some examples of companies that successfully used that to their advantage are:

Due to the nature of unique economic relations with Hong Kong – which had opened to the world much sooner and faster than Mainland China – some problems occur  arise when, a name is transliterated into Cantonese first and then subsequently used in Mainland China. Although the same characters would be used, the pronunciation would be substantially different. For example, McDonald’s uses a transliteration（麦当劳） which in Cantonese approximates to MakDonNo. In Mandarin this becomes MàiDāngLáo, which is not that similar to the original McDonald’s.

Going back to the process itself, there are four different ways of either transliterating or translating a foreign word (an English brand name in this case) into Chinese.

1. Pure transliteration occurs when an English sound is transliterated, imitated in the Chinese language. Of course when interpreting sounds from the source language into the target language, not all the sounds can be represented accurately.

Look at the English words and their equivalents in Chinese:

4. Transliteration with added meaning (most common choice for brand names):