Australia's Most Popular Chinese Language Course
Learn Anytime, Anywhere with with Our Downloadable Modulesemail me at: support @ learnmandarin.com.au
Travel Time: Hangzhou part I
Post by Eva

Paradise in Heaven, Suzhou and Hangzhou on earth.

Hangzhou (杭州 HángZhōu) is considered to be the cradle of Chinese civilisation with its history spanning over more than 2,200 years. Besides being a major tourist attraction and being renown for its scenic beauty, Hangzhou is also the provincial capital, centre of polices, economy, culture and tourism of Zhejiang (浙江 ZhèJiāng) province. Hangzhou lies on the lower reaches of Qiantang River and is the southern end of the 1794-kilometre long Grand Canal. Most if its area is flat, but some parts are hilly.

Avoid the holiday season and the weekends like the plague. Also, check the state of the West Lake (Hangzhou’s main attraction) before heading over there – sometimes the lake is covered in algae which might ruin the idea of a romantic getaway. Hanghzou is approximately 170 km away from Shanghai, but the bullet trains will get you there in a little over an hour. You can choose to stay for a day only, but we find that two days are a minimum. 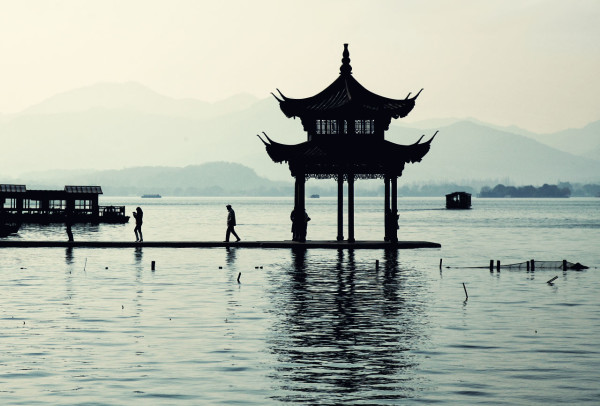 How to get there? (from Shanghai)

By bus: You can take a bus from any of Shanghai’s long-distance bus stations. The buses run daily between the hours of 7 am to 7 pm. The ticket costs around RMB 70 and the journey itself takes between 2-3 hours, depending on the traffic.

There are more than 40 trains departing from Hongqiao train station on any given day. The journey on the high speed train takes around an hour reaching insane speeds of up to 350km/h.