Australia's Most Popular Chinese Language Course
Learn Anytime, Anywhere with with Our Downloadable Modulesemail me at: support @ learnmandarin.com.au
WeChat; or Do We?
Post by Eva 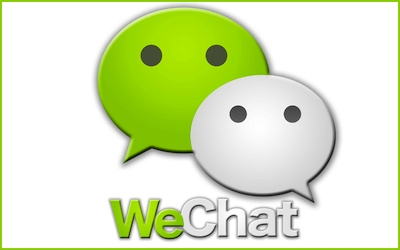 You’ve heard of WeChat, haven’t you? (some say it’s the next big thing after sliced bread); it’s an instant messaging app (that is much more than that) taking over the world. It’s a combo of Skype (video calls); walkie-talking, and IM (like WhatsApp), and still much more than that. WeChat can be used on androids, iPhones (and all the other platforms that somehow never make it into the conversation).

And this is  what makes it so great:

First of all, it has a very neat function of creating live chat groups making it very handy to organize events like birthday parties, sharing photos afterwards, keeping in touch, or just bugging an entire group of people – as opposed to a single individual – at the same time.

WeChat also has a nice collection of stickies and emoticons. Never has badgering people been so much fun!

You can make video, or walkie-talkie audio calls: by pressing on the screen you’ll start recording, releasing it will stop it (I do get quite nervous when my cabbie driver starts doing that).

It’s highly addictive: according to research, some Chinese users spend up to 6 hours a day wechating away, which is far more than other social media platforms like Weibo (Chinese version of Twitter) or Renren Wang (Chinese Facebook).

For finding new contacts there are several (fun!) options available: by using your location you can connect to the users nearby – which makes it very easy, for example, to instantly add contacts you’ve just met at a party;

you can shake the phone and  connect to people that are shaking the phone too; and for the shy users out there: by using the function ‘drift bottle’ you can send your chat out anonymously.

And lastly, for the coupon loving crowd: WeChat comes with the QR code scanner which enables a direct connection to a company’s profile, their promotions and discounts.

And did I mention that it’s available in English too?