Australia's Most Popular Chinese Language Course
Learn Anytime, Anywhere with with Our Downloadable Modulesemail me at: support @ learnmandarin.com.au
What you don’t know about Chinese rivers
Post by Eva

The first Chinese was spoken to me while I was still attending primary school. Back then our geography teacher – if not with skill, at least with conviction – said: ‘Yangzi’ and ‘Huanghe’. These, of course, are the names of the two most important rivers in China.

In total, China has more than 1500 rivers, which represent 5.8 percent of the world’s total water flow. The rivers have the accumulated drainage basin of more than 1000 square kilometres. For those of you that don’t know, a drainage basin is the part of a hill or a mountain from which rainwater or snowmelt flow into the river.

‘Long River’ Yángzˇı 扬子 YángZǐ), aslo known as 长江 (ChángJiāng) or even simply as 大江 (DàJiāng), ‘Big River’, is the third longest river in the world (after Nile and Amazon river, of course) and the most important river in China. This, 6,300 km long river flows through Central China from its source in the Plateau of Tiber to its mouth on the East Chinese sea.

Yangtze has always played a significant role in Chinese economy and politics; it is China’s principal waterway while it’s basin is home to nearly one third of Chinese population. It’s also the natural boarder dividing Chinese North and South. More recently, Yangtze has been used as a prominent source of hydropower.

I’m sure many of you have heard of the Three Gorges Dam which was opened in 2008 and became fully functional as of 2012. This largest power station in the world (in terms of installed capacity) has been a source of constant controversy, since the day the first brick of laid. Why, you might ask?

Besides having to relocate more than 4 million people in total, this engineering project destroyed numerous archeological and historic sights and has had enormous harmful impact on the  surrounding environment and wildlife. So far, environmentalists have connected the dam to erosion, emissions, earthquakes – and that’s just the letter ‘E’!

The second largest river in China, also known under the affectionate ‘mother river’ is the Yellow River 黄河 (Huáng Hé). This river got its name from the yellow slit that it is carrying, which has given the river its color and its ability to fertilize the lands that she flows through (Huang He actually carries the highest concentration of sediment load of any other river in the world).

For that reason, some choose to call it the cradle of Chinese civilization. Huang He basin has an enormous population and the river flows through many  ancient Chinese towns, including Lanzhou, Xi’an, Luoyang and Kaifeng. 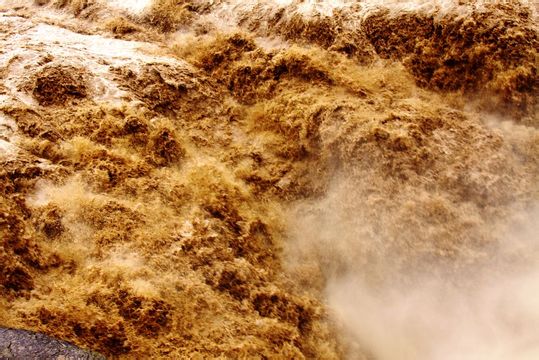 Other, less affectionate name associated with this river is ‘China’s sorrow’. The devastating floods of the Yellow River have caused numerous deaths, as well as enormous harm to the neighbouring farms and flatlands. In ancient China, a flood was associated with an incompetent ruler, for that reason, Huang He floods were at times responsible for the change of the emperor or even the entire dynastic rule.