For some students of Chinese, HSK tests are obligatory and are seen as an objective indicator of your level of Chinese. In my experience, this especially tends to be the case with Korean students. I remember during my days of intensive Chinese study while living in Dalian, my Korean classmates would all locked up in their rooms for days on end,  their desks stacked with HSK exam mock tests,  grammar books and vocabulary exercises (as well as endless cups of instant noodles), all that in preparation for a single HSK test. ‘I need a high score in order to graduate,’ they would tell me. But what is HSK anyways and how is it useful outside Korea? 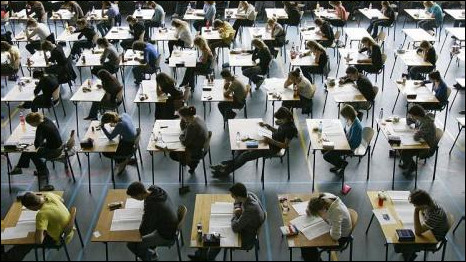 We’ve already briefly discussed HSK in one of our previous posts, so you might already know that HSK stands for 汉语水平考试 (HànYǔ ShuǐPíng KǎoShì) – a standardized test of Chinese meant for learners of Chinese as a foreign language (similar to IELTS for learners of English). It comes in six levels, ranging from elementary to advanced.

As I’ve said, for some students passing a high level of HSK is a requirement for graduating from university; you also have to pass it in order to enrol into a Chinese university to study a full-time degree. For others, it’s seen as a nice accessory on their CVs. I couldn’t say that having an HSK 6 would open any new doors for you, but it certainly cannot harm you either. And, the way I see it, taking an HSK is a good way of testing your Chinese muscle.

You see, neuroscientists, linguists and other bunch of clever people have discovered that testing is by far the most efficient method of studying. It has been proven that students remember for a longer time the test answers than any other topic they have previously studied. That would mean that the 2-3 hours that take to complete some levels of HSK could be seen as a very good method of studying, reviewing and consolidating the material you’ve just learned.

The way I would approach it as like this: on top of your standard material, so whatever your syllabus or your teacher, tutor requires you to learn, buy some HSK prep material. Always buy material of a level higher than your current level. For example, if you’ve been studying Chinese for three months, try HSK 2; if you’ve been studying for a year, try HSK 4, and so on. There are essentially three things that you have to cover.

First is the vocabulary acquisition. There are numerous textbooks and websites that have all the HSK vocabulary listed by their levels. So, for example,  for acing a level 2 test, you’d have to know 300 words. Study those 300 words, learn their meanings and learn how to use them. Then move on to grammar. Study, practice and learn all the grammar patterns and structures that are included in a certain HSK level. Again, there’s tons of resources out there, many of them for free.

Once you’re ok with grammar, the final part is reading exercises. And here’s where you get to practice and develop your Chinese muscle. Train yourself to be able to scan the texts and look for the most important information – kind of what you would do in your own language. Try to find the main idea of each paragraph and, if it’s an essay, for example, understand the structure of the whole text. What information is important? Who has done what, and when? Time yourself and make sure that you’re able to cover all the articles in the same time as you are given in the real test situation. For example, if you need to read 10 articles in 50 min, practice exactly that.

Once you’ve developed your reading muscle it’s time to move on to mock tests. Taking mock tests will give you the sense of how long each section of the test takes, which of the sections is your strongest and which your weakest.

If you do it right and systematically, it won’t take much time. In my case, I’ve never used more than 2 weeks to prepare for one HSK and I always did ok in the end – though, do make sure that you don’t repeat my mistake and that you eat a hearty meal before the test (the sound of your complaining stomach might interfere with your listening part).

And that’s all it takes. You can find more details about the tests here: http://www.chinaeducenter.com/en/exams.php