Australia's Most Popular Chinese Language Course
Learn Anytime, Anywhere with with Our Downloadable Modulesemail me at: support @ learnmandarin.com.au
You ask; we answer!
Post by Eva

One of our students recently asked us this question:

I notice that in Chinese there are many ways of saying often. I came across the words “changchang, jingchang, tongchang, pingchang” so far. Can you tell me what is the difference between them? 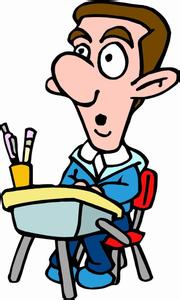 We will certainly try.

You are correct, there are many ways of expressing frequency in Chinese, and as you can see, all of the words mentioned above contain the same word ‘Cháng’ (常) which in itself means ‘often’ and can be used by itself!

As for the nuances between the words that you’ve mentioned, the good news first: the first two,  ChángCháng (常常) and JīngCháng (经常) are interchangeable for most of the time (there are some differences in future tense use, for example, but we will not discuss them at this point). They can both be translated as ‘often’.

You can also just use Cháng (常) in the example sentences above. Just Cháng is especially common in spoken Chinese.

TōngCháng (通常) is used to describe things that happen frequently, particularly at certain points in the day (in the mornings, in the afternoon, on holiday). We can translate it as ‘usually’.

The last one is PíngCháng 平常 which we can translate as ‘ordinarily’.

I hope this clears things up for you a little bit. All the best in your studies and let us know if you have any other questions!